Find Weed Near You

Last month we introduced you to Long Island native Brandon Niederauer, a 10-year-old guitar prodigy who came to our attention with his ridiculous solos on “Whipping Post” with The Revivalists at Brooklyn Bowl. Yesterday Niederauer showed off his skills to a nationwide audience with an appearance on The Ellen Show. 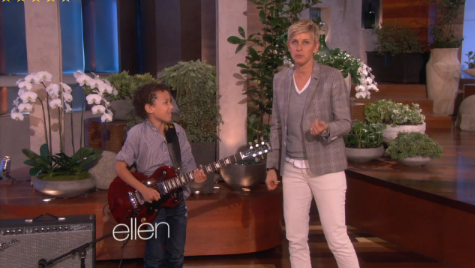 Host Ellen DeGeneres chatted with Brandon for a bit and called out a few song titles, including “Jessica” by The Allman Brothers Band, and asked Niederauer to play a few bars from those tunes. The pint-sized guitarist had no issue responding to Ellen’s request. Then, Brandon laid down a number of bluesy licks when DeGeneres offered him the opportunity to play one of his songs. The segment ended with a surprise that we don’t want to give away, so watch the video and see for yourself: