Furthur Announces Hiatus For Most Of 2014

In a bit of a surprise, Furthur has just announced that they will take a hiatus in 2014 after their Paradise Waits event in Mexico. A note posted on the band’s Facebook page states Furthur won’t be breaking up, they are just taking a break. 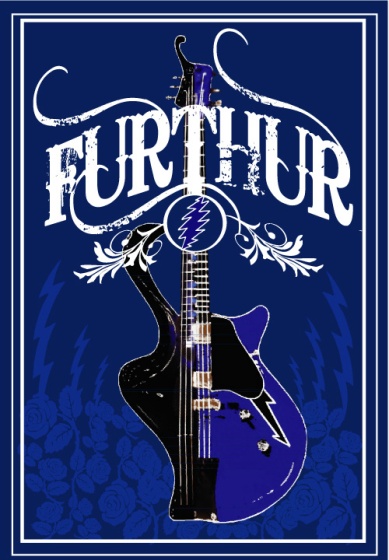 Furthur is about to kick off a few weeks of West Coast shows starting with a four-night stand at Red Rocks. The band was formed in 2009 and has toured extensively since that time.

Read the text of the entire note that Furthur has just posted:

After more than four years of heavy, year-round touring, Phil Lesh and Bob Weir have decided to put their band Furthur on hiatus in 2014. After the four night Furthur run in Mexico in January, the band will take the rest of 2014 off so that Phil and Bob can focus on their countless solo projects.

Furthur came together in September, 2009, and from its inception was a band Phil and Bob were completely committed to, and still are. In the 18 years since the Grateful Dead stopped being a touring entity, Furthur has proven to be the longest-tenured, and most active band featuring two or more former members of the Grateful Dead. With shows that keep the Dead vibe alive while pushing the musical envelope, well, furthur, this band has brought smiles to hundreds of thousands of fans in the past four years. Most impressive is that this has become a true band, and not just Phil and Bob plus some side players. John Kadlecik (guitar), Jeff Chimenti (keyboards), Joe Russo (drums), and Sunshine Becker and Jeff Pehrson (vocals) have joined the trip to create a band that has become one of the most exciting, honest and inspired touring acts in music today.

What does 2014 hold for Phil and Bob? If their activities outside of Furthur in the past four years are any indication, plenty. Phil’s been playing virtually every night when not on tour with Furthur, whether at his Terrapin Crossroads in San Rafael, CA, or on the road with Phil Lesh & Friends. Bob’s been hosting one of the most unique web-based variety shows in history, Weir Here, every Wednesday night when he’s not touring, presented live from his TRI Studios in San Rafael. Additionally, Bob’s been having a blast playing his solo acoustic shows, as well as other gigs and tours with newer arrivals to the party. He plans to keep doing what he’s doing, and more of it.

The last time the word “hiatus” was used in regards to the Grateful Dead world was in 1974, and we all know how much good that break inspired. They returned a year and a half later, stronger than ever, and for another 20 years. Furthur’s not breaking up; they’re simply taking a much-needed break. One way or another, we’ll see you around.