“Life is a Carnival -take another look” -The Band

Billed as “a song for song, word for word, re-presentation of the concert,” The Complete Last Waltz was a successful reenactment and tribute to one of the most legendary music events of our time. The original performance took place nearly 37 years ago on Thanksgiving 1976 at San Francisco’s legendary Winterland Ballroom (the same venue where The Band made their debut with that moniker as a group in 1969) and this performance occurred on Thanksgiving Eve, November 27, at the historic Capitol Theatre in Port Chester, NY. 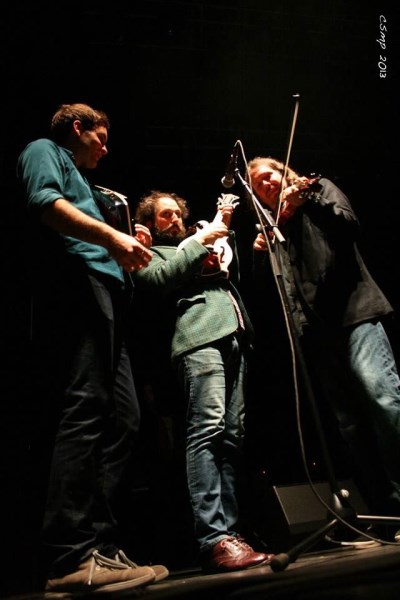 A musical Thanksgiving tradition, rivaled only by Guthrie’s “Alice’s Restaurant,” ardent fans of the iconic rock film and concert turned out in droves to relive some of the magic. Not everyone is aware of the legendary concert or film, but it’s safe to say that those that are become completely addicted to its brilliance on so many levels. Scorsese’s film, released in 1978, is the definitive concert film and argued about in circles with Stop Making Sense as the greatest musical experience to ever be captured on celluloid. Having shared an initial offering last Thanksgiving in San Francisco, this was only the second time The Complete Last Waltz had ever been performed in a similar incarnation. The event was produced by Golden Gate Entertainment, a company with the goal of mounting singular, once in a lifetime collaborative music events bringing together a wide range of musicians.

Unlike the film, which edited out certain numbers for length, The Complete Last Waltz set out to share all 41 songs and readings from the actual concert in exactly the same order. After a beautiful rendition of “The Theme From the Last Waltz” with Jason Crosby leading a troupe of violinists, the inferno erupted with the first vocal song of the night. An early highlight was “Up On Cripple Creek” with its boundless energy and up-tempo rhythms. Sam Cohen’s voice isn’t southern-tinged, but does accentuate the end of stanzas like Levon did. Alecia Chakour’s powerful pipes added another layer of feminine sound with her angelic voice. The Cap was on fire as everyone belted out the yodeling section, and it served as an effective way to amp up the crowd. Joe Russo, one of a handful of drummers who could satisfactorily fill in for Levon Helm with his hard-hitting style and nuance, was seated downstage so all could witness his overt talents.

As the show progressed, one could discern that the same songs stood out as they did during a viewing of the original film. The first half of the show is still the stronger half, as the second set becomes more blues driven, but now the bombastic classic, “Ophelia” was moved up to its proper position in the set list closer to the beginning of the show (which had been randomly placed late in the film version). Scott Metzger proved his guitar chops and powerful vocal delivery on the bouncy and fun tune about unrequited love and a southern belle. It proved to be the most frenetic fury of the night fueled by the full sound of the brass section.

An early standout came about a quarter into the show with this introduction, “The man who needs no introduction, Marco Benevento!” A suit-clad, happy smiling Marco, had hair pulled down across his head, and exuded a calm swagger while hidden behind his sunglasses. Normally, the king of improvisation and devoid of any vocals during his concerts, Benevento delivered a stunningly-effective performance of “Such a Night” complete with a quirky and spot on caricature of Dr. John himself. “The Wonderful Wizard of Weird’s” prowess on organ, like Garth Hudson, shined throughout the concert, but his vocal ability on this rare opportunity surprised many. With more than ten musicians on stage at one time, with continual personnel and set changes on stage throughout, the musicians delved into one of the saddest songs ever written, the dark and depressing, “It Makes No Difference.” The harmonies were haunting and strong, with a stellar sax solo to conclude the mesmerizing tune and Alecia’s harmony leading the way as a purple hazy mist of light rained down over the stage, evoking moments of sincere vulnerability. 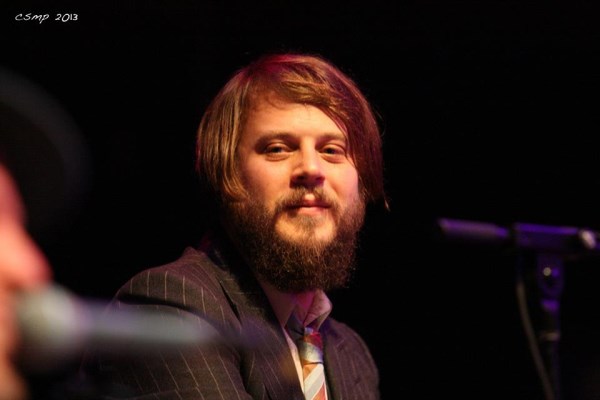 Although still a barn-burning incendiary song, Levon’s distinctive voice on “The Night They Drove Old Dixie Down” was missed, until the anthemic chant of the entire Cap screamed, “And the people were singing!!” which caught everyone up in the excitement. There were many aspects of style and substance that added flavor to the proceedings, Kenny Siegel, lead singer for “Shape I’m In,” donned a little blue hat, but otherwise naturally lacked Manuel’s patented quirkiness. Alecia Chakour dominated with a tambourine and Sam Cohen tackled Neil Young’s morose and melancholy “Helpless” and an alternate arrangement of “Four Strong Winds.” Unlike Neil’s much touted and controversial performance, no rotoscoping in the editing process would be necessary on this night.

These were not replacement players ill equipped to fill the shoes of the original cast. In fact, Marco received greater positive adulation upon being announced than Dr. John originally did. There was a youthful mix on stage from grizzled veterans to eccentric exuberance brought by the likes of Jocie Adams who delivered an impeccable “Coyote” and added a hint of hippie hotness just like Joni had in her day. Adams’ cover was an alternative and edgy take of a timeless tale.

“Life Is A Carnival” had some frenetic, haphazard jerky dancing by Guster’s Ryan Miller, the legendary Nels Cline of Wilco did a superior rendition of Clapton’s “Further on up the Road” and Eric Johnson, who aesthetically reminded one of a hip Clark Kent, led a boisterous and inspired “Caravan.” It was a treat to hear “Acadian Driftwood” live -a classic Band tune that was not included in the film -a dimension added to it as the Parkington Sisters danced while playing their four violins on the rare gem as Marco joined in on the accordion. Another added bonus was the live inclusion of “The Weight,” as the concert film had shared a studio version with the Staple Singers instead of the live one. The Band were known for their distinctive harmonies and this incarnation did not disappoint by providing luscious ones as the crowd participated in the octave singing as it built into a screaming energetic chorus, “Fan…Fan..Fan!!” With so many spectacular familiar classic tunes, one couldn’t help but marvel how refreshing it was to witness live and in full dimensions, rather than just through a TV screen or speakers. 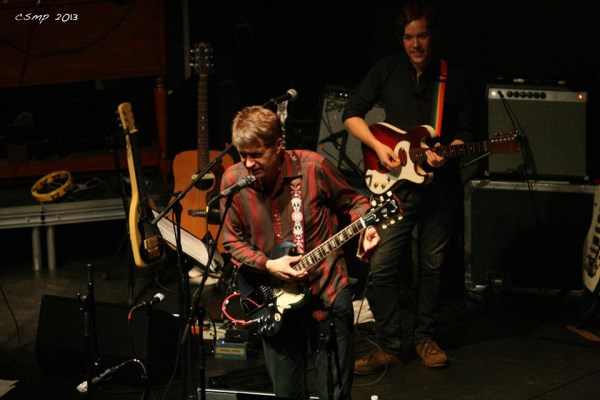 The veritable who’s who of the rock and jam scene provided over three hours of non-stop music that left avid music lovers satiated and content. Props must go out to a man who almost never left the stage for four straight hours, bassist Dave Dreiwitz, who was only occasionally and effectively spelled by Jon Shaw towards the end, and provided a subtle yet effective backbone throughout the show’s performances. Before the encore, a voice onstage exclaimed, “Thanks for letting us put this show on” echoing the sentiments of all in attendance. Metzger and Chakour took us home with a delicious harmony on Marvin Gaye’s “Don’t Do It,” where Alecia seized the opportunity to show off her majestic vocals and Marco used a sweeping style on the organ reminiscent at times of Hudson. It was also refreshing to hear Russo’s vocals turned up on “Don’t Do It” which included a scorching guitar solo by Cline to conclude the show on a literal high note.

It is ironic how incredibly successful The Last Waltz remains and the place it has carved for itself in rock music history. At one time, Levon Helm declared it as “the biggest fuckin’ rip-off that ever happened to The Band” as they were never paid for the production. Unfortunately, the only one ultimately disappointed with The Last Waltz experience was Helm who thought Scorsese had made his close friend, Robbie Robertson, the star/band leader through close-ups and extended camera time. Robertson would meet Scorsese on the concert film and subsequently go on to collaborate on seven Hollywood films to date. 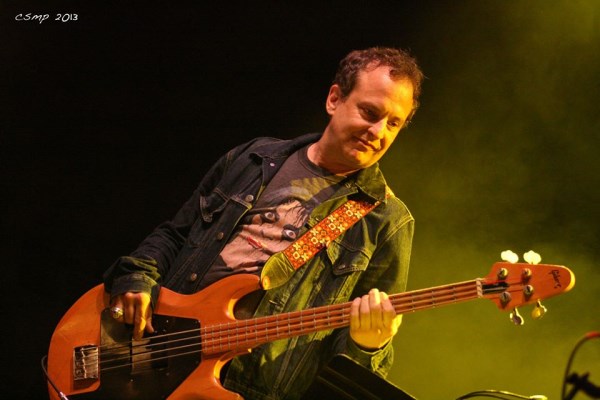 The Complete Last Waltz performance did not set out to mimic or even emulate the original, but rather to pay homage through re-interpretation. Many at the Capitol Theatre were clearly having fun at a celebratory fest that felt just like the original, but it is bittersweet because it was like saying goodbye to The Band all over again. Nothing can match the firepower of The Band’s performance and our nostalgia for it, but this all-star lineup is the closest one can get to capturing the magic of an event forever frozen in time, leaving us to readily relive their isolated slice of historic Americana (ironic considering The Band mostly hailed from Canada). I’m confident that the founding members of The Band would have been elated with this reenactment. It represented everything that modern day Thanksgiving stands for -love, family, history and superior music.

Setlist: Last Waltz Theme, Up on Cripple Creek, The Shape I’m In, Life is a Carnival, W.S. Walcott Medicine Show, Georgia on my Mind, Ophelia, Rag Mama Rag, King Harvest, Who Do You Love, Mystery Train, The Night They Drove Old Dixie Down, Stage Fright, It Makes No Difference, Such a Night, Down South in New Orleans, The Wheel’s on Fire, All Our Past Times, Further On Up the Road, Helpless, Four Strong Winds, Coyote, Furry Sings the Blues, Dry Your Eyes, Mannish Boy, Caledonia< Tura Lura Lura, Caravan Set II: The Genetic Method, Chest Fever, Evangeline, Acadian Driftwood, The Weight, Baby Let Me Follow You, Hazel, I Don’t Believe You, Forever Young, Baby Let Me Follow You, I Shall Be Released, Don’t Do It