Phish has had such a profound impact of my life that I’ll never forget my first encounters with their inventive brand of music. Whether it was the time my Dead-loving friends finally spun Lawn Boy at Camp Westmont in August of ’93 after six weeks of playing every Grateful Dead tape known to man, or the moment I finished listening to “Squirming Coil” for the first time and knew I had found the band for me or walking out of NYC’s Beacon Theatre after my initial Phish show and immediately tried to figure out how to get to the next gig. It’s been quite a ride over the 20 years since my first encounter with the Vermonters and I’m so proud that today, as the band celebrates the 30th anniversary of their first show, that Phish is once again riding high during another peak of their illustrious career. 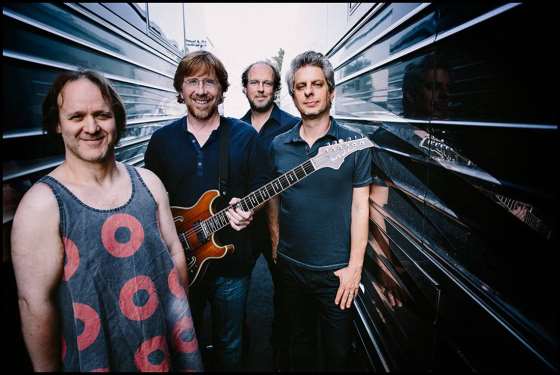 Whether you were amazed or disappointed with Phish’s decision to debut 12 new songs as Wingsuit on Halloween, you have to admit it’s a great sign for their continued longevity. It also kicked off perhaps the most interesting debate in the band’s history as it seemed everyone had a different opinion on the songs themselves and the decision to play them on a night that used to be about another act’s music. The fact that Wingsuit came towards the end of the best tour the quartet delivered in over a decade seemed to show the 30-year ride is far from over.

That’s not the way it seemed just five short months after Phish celebrated their 20th anniversary in Boston, when Trey Anastasio issued a note breaking up the band that stunned fans. While we all hoped and wished Phish would get back together, the tone in Anastasio’s letter, including the heartbreaking phrase “we’re done,” made it far from fait accompli the band would ever reunite. As we approached the middle of 2008 word began to circulate that a reunion would indeed take place. In fact, nearly four years to the day that Trey issued his letter breaking up the band, the guitarist gave Brian Hiatt of Rolling Stone the clearest sign yet he was gearing up for a return when he said, “Because at this point in time I would give my left nut to play that song five times in a row every day until I die” about “You Enjoy Myself,” a tune he had previously talked about not going around playing during those dark days. And then it happened, on October 1, 2008 Phish announced they would indeed reunite for three shows at Hampton Coliseum and more.

I looked at this next phase of Phish as the “icing on the cake” of my experience as a fan. I had already seen them achieve great success musically, while thumbing their nose at the established norms. Every time you expected Phish to zig, they would zag and their ability to continually surprise fans is one of the best parts of the past 30 years. Yet five years after the reunion announcement we’re once again seeing them on top of their game. Instead of simply providing an epilogue to their already impressive career, they continue to make history and write new chapters of the Phish story.

If the hiatus and breakup taught me anything, it’s not to take anything for granted when it comes to Phish, so I’m enjoying the band’s current revival to its fullest. Let’s take today to celebrate what the quartet has accomplished and to be thankful for the ways they’ve impacted our lives in ways beyond the music. Happy 30th Trey, Mike, Page and Fish!