For over a decade, Cloud 9 Adventures’ Jam Cruise has been providing adventurous concertgoers with one of the best festivals on the high seas, but this time around, they’re adding a new element to the equation. For Jam Cruise 12, the folks behind the event are teaming up with Music Masters Camps to provide attendees with the option of taking part in one of the most exciting, engaging and educational musical experience an instrument-wielding fan could ask for. While the bulk of Jam Cruisers are sun bathing on the deck or waiting in line for the waterslide, participants of the Masters Camp At Sea will be listening to lectures, taking masters courses and performing in ensembles directed by improv royalty ranging from Victor Wooten (bass) to The Allman Brothers Band’s Butch Trucks (drums). 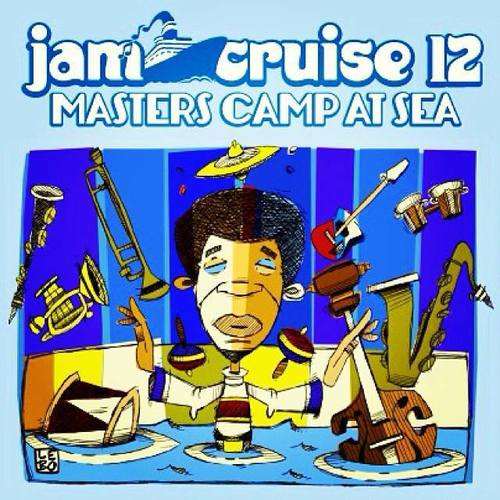 From his vacation home in France, Butch Trucks told us he’s already begun planning his curriculum for the program. “I put a good deal of time into developing some master classes, one is on the basics of drumming and the next on five or six songs like ‘Dreams’ and ‘Statesboro Blues’ and ‘Whipping Post.’ When you see the cast of characters you know it’s going to be a hell of a lot of fun,” he said.

When asked about the difference between playing and teaching, Trucks responded, “I don’t talk much when I’m playing but I actually try very hard to teach the way I play and I’m trying to teach these kids that they have to learn the basic skills which is why my first class is [on] the basics. Without those skills you’re handicapped from the beginning. It’s like learning to speak. When you know the language you don’t have to sit around learning the language, you go out and learn to communicate. Listen to what they have to say, talk to them, and this thing will develop and if you’re really lucky it will turn into music and if you’re even luckier it will turn into a brand new form of language. If you just sit around wrapped up in your technique or never learned that, if you haven’t learned to speak you can’t talk, and if all you do is talk you can’t listen.” He added, “Too many drummers sit there and do nothing but learning technique and when they get with a group, their whole language is wrapped up in themselves and they aren’t listening to what others are playing. I focus mostly on who ever is playing the lead. My job is to lay down the groove and then whoever takes the lead, when they take off, my job is to push them higher than they’ve gone before.”

Col. Bruce Hampton is a repeat offender on Jam Cruise, but this year he’ll be there as part of the Masters program. Hampton expressed excitement about the educational elements of the program, but in typical Col. Bruce fashion commented, “I don’t want to teach anyone anything.” He said, “I want to help them discover their musical voice. There are about 30 or 40 steps I’d like to go through with everyone and basically it’s about what they want to learn. I’m not forcing anything but I’m hoping to break all [of their previous] conditioning.”

As for what students could be doing to prepare themselves for the program, Hampton had some easily applicable advice. “Go back and listen,” he said. “Go study your stuff. The first jamband was probably Fats Waller. Know where it came from! That way you learn your roots and what not to do more than anything and you’ll learn. Improvisation is composition and not just noodling over major and minor scales. It’s about developing new tunes. God almighty, listen to each other. One out of every ten musicians actually listens to each other.”

When Bruce Hampton came up in conversation, Butch Trucks made it very clear how excited he was about the opportunity to work with him again come January. He said, “knowing Col. Bruce, you never know what the hell is going to happen, that’s for sure. He is one unique individual. He makes sure [of that]. There’s something about him, he wants to be constantly recreating himself, and so you never know what’s going to come out of him. I love being around him because it’s always a surprise.”

Another exciting faculty member of the Masters Camp At Sea is Luther Dickinson of North Mississippi Allstars, former guitarist for The Black Crowes, occasional member of super group The Word (whose members are all on board with the exception of John Medeski), and all-around slide guitar virtuoso. “I’ve done one camp with Butch and it was so much fun,” Dickinson said. “The great thing about [the program] is to get down [and] get personal with the group and dig into their process, [dig into] how they think and feel and relate to each other. It has so much to do with how the music works. It’s great to sit there and get down with the players.”

Whether you’re a fan of music, sports, film, or cuisine, the idea of working alongside one of the greats can be a pretty intimidating process, but according to Dickinson, you need to leave that fear at home. “The experience of playing music is [one in which] you hope to play with someone way above your ability. That’s my whole life, playing with cats that are way more experienced or inherently talented on a whole other level. You get to rise to the occasion, which is what it’s all about. It’s like sports; you surround yourself with the best people and pull your ass up by the bootstraps. It’s about hittin’ the note and rising above and just doing it. I understand the feeling but the first thing you have to get over is that fear of better players.”

Of the entire faculty, the most experienced educator of the bunch is Victor Wooten, one of Bela Fleck’s Flecktones and arguably one of the most technically proficient bassists on the face of the planet. For years, Wooten has been speaking at universities about his craft, and his book, The Music Lesson, has been known to completely revolutionize the way musicians view their art. 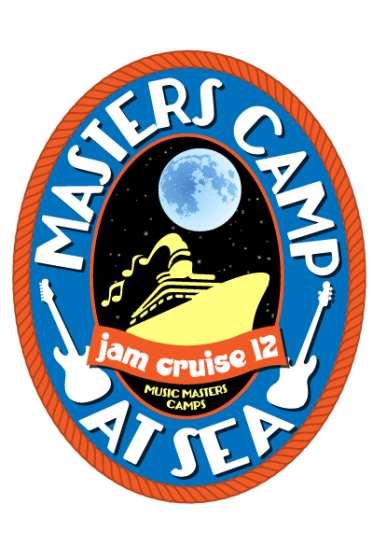 During a phone interview about the Masters Camp At Sea and his role as an educator, you got the impression that Wooten had a passion and experience for education that surpasses those of his peer Masters. Wooten addressed his own musical upbringing and how it influenced the way he sees music as a language. “Growing up as a baby in a musical family, the way you grew up in an English speaking family, my family spoke music so learning was effortless the way you learned English. That’s the way you learn to speak it with your own voice,” he said. “I have an instrument I speak with and use it well, my music is the same way. I don’t over focus on the instrument. I have my own voice and a natural approach and I love sharing that with people.”

Not only is Wooten intimately familiar with his musical voice and how best to use that to educate, but he feels most teachers lack this familiarity and steer their students wrong. “Here’s the mistake most music teachers make: They would start teaching you to play an instrument as a beginner but you’re not a beginner because you know music already,” he said. “People who start on an instrument forget what they already know, which is music. You’ve been listening your whole life. In other words, if you were going to speak Mandarin, you’d have to understand you already know how to speak, you just don’t know the words but when it comes to communicating to people with words and body language you’re an expert, so you’re not starting from the beginning. So with music I start with what you already know. If you only know how to play one note on an instrument, when we add what you already know about music, you’re ready to play and you didn’t know that. We can start playing right away. You don’t have to know a lot about theory and your instrument, that’s the myth and that’s the way most music teachers teach.” As for what attendees could do to prep for the program, Wooten had some sound advice that fits the narrative he gave regarding musical language. “Play with as many people as possible to prepare. I always relate it to learning a language, you never learn best practicing in a room by yourself, and you need to spend more time out of the room communicating with people. Music is two ways not one-way, it’s the same thing, and it’s to be communicated with people.” It’s clear Wooten has high hopes for the program. He’s done these types of courses before but never with these kinds of artists and in this type of environment. “I’m hoping the environment will be great because students will be surrounded by some of the world’s best musicians,” he said. “Whenever I want to learn something, I want to see the best do it.”

JamBase spoke with Wooten, Dickinson, Hampton and Trucks prior to the ship’s departure, but according to Wooten, they’ve yet to collaborate on how the program will go. Just like the impromptu sunrise jams on the lower decks, the Masters faculty will be improvising. “We’ll be working on the fly and improvising in the true spirit of improvisation and responding off of and with the students to see what they want,” Wooten said. “When we don’t know the people we’re teaching, I can’t preplan the class without knowing your needs and who you are.”

One of the biggest challenges of Jam Cruise is fitting everything in. It’s a task that is literally impossible with so many performances and activities at your fingertips. While the Masters Camp At Sea will be a time consuming endeavor, it has been planned around the music schedule and travel itinerary. Henry Stout, the man behind the Masters program, told JamBase that attendees will be free to catch all the big sets without having to pass on any critical curriculum. “We wrap it up by 6pm at night so everyone can join together and the artists can go out and participate in the spirit of jam cruise and jam with other musicians,” Stout said. He added, “In certain cases, some people might want to go back to their room and woodshed if they’ve been with Victor all day. The people who attend the camp also have a block of cabins on the same area on the boat so we anticipate a lot of jam sessions [between the programs participants].”

More than any of the musicians we spoke with, Stout summed up the appeal of the program better than anyone: “At certain points if you’re a bass player, you’ll be jamming with Victor, drummers with Butch, [and] guitarists with Luther. There is a direct connection and it breaks down the barriers. One of our catch phrases is ‘ Beyond backstage.”

Jam Cruise 12 departs from Miami, FL on January 4 and returns on the 9th.