Legendary rocker Lou Reed has passed away at age 71 according to a report from Rolling Stone. Reed underwent a liver transplant earlier this year. Reed’s widow, Laurie Anderson, had told the Times of London back in June that the situation leading to the surgery was dire, “It’s as serious as it gets. He was dying. You don’t get it for fun.” Lou’s literary agent has confirmed a “liver-related ailment” led to the NYC product’s death, while his physician, Dr. Charles Miller of the Cleveland Clinic in Ohio, specified to the New York Times that the cause was liver disease. Miller also told the Times, “[Lou Reed] died peacefully, with his loved ones around him” at his home in Southampton, NY this morning. 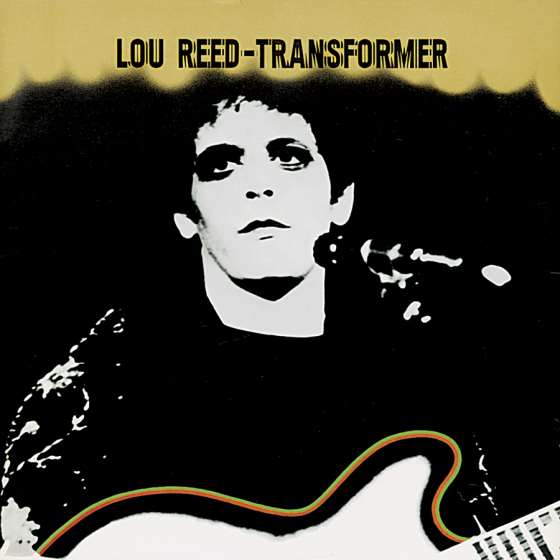 Reed co-founded The Velvet Underground in the mid-Sixties. While VU didn’t achieve the commercial success of acts like The Beatles, the Beach Boys and The Who, the stark, minimalist sound they created went on to influence thousands of bands that came after them. In a 1982 interview, producer Brian Eno referred to the 30,000 copies of the first Velvet Underground album that sold in its early years by stating, “everyone who bought one of those 30,000 copies started a band.” Lou Reed left the Velvet Underground in August of 1970 and quickly found critical and commercial success with the release of the David Bowie/Mick Ronson-produced Transformer in 1972. Over the last 35 years Reed has released dozens of solo albums, reunited briefly with VU and participated in a vast array of collaborations ranging from 2011’s Lulu with Metallica to 1990’s Songs For Drella with fellow Velvet Underground member John Cale.

Watch Lou Reed perform one of his most beloved songs, “Sweet Jane,” during a 1993 visit to The Late Show With David Letterman:

Reed is survived by Anderson, who he married in 2008.

John Cale: “The world has lost a fine songwriter and poet…I’ve lost my ‘school-yard buddy.”

Phish front man Trey Anastasio: “We had the honor of playing with Lou Reed on a festival bill in Germany when we were touring with the Violent Femmes in 1992. As we were walking up onstage, Lou was sitting in the grass next to the stage. I nervously approached and said hi, and he said ‘go up there and show em’ how to Rock and Roll, after all, we invented it.’ His comment made my head spin. The entire time we were up onstage playing I was thinking, ‘did he mean Americans, or him and The Velvet Underground?’ Because either statement would be 100 percent true. Think about it for a second…long before the Ramones, long before Patti Smith, long before practically everyone, there was Lou Reed. Thank you, Lou. You are the true father of Rock and Roll. We all are forever in your debt.”

So sorry to hear of Lou Reed s passing this is a huge shock!

Lou Reed, what an awful loss. "Life's the only Mother I know…" Rest in Peace my friend. Nils

Interviewed Lou Reed only about a month ago. He wasn't moody, he wasn't humourless, he wasn't difficult. He was, in fact, a dude. Very sad.

RIP Lou Reed. You are a huge inspiration to us all. Thank you for contributing so much to Rock n Roll. #loureed… http://t.co/eHYxQ9aS2J

Sad news this Sunday morning with the word of Lou Reed's passing at age 71. Here's lookin' at you, Lou. http://t.co/JpKSZerr8A

R.I.P Lou Reed -VU was a big influence when weezer was being formed, and Ric Ocasek told us cool stories of his friendship with him.

So sorry to read about Lou Reed's passing away. Big fan of him and VU.

RIP Lou Reed. Some of our favs: Venus in Furs, Satellite Love, Sword of Damocles, Stephanie Says, I Love You, & Heroine.

"There's a bit of magic in everything .. And some loss to even thing out ". Thanks for the cool lessons and beautiful music Lou

Wonder how many bullied gay/trans kids didn't kill themselves because Lou Reed's music gave 'em the badass attitude they needed to survive?

“heavenly wine and roses…seem to whisper to me….when you smile ..” RIP Lou Reed

R.I.P. Lou Reed. Walk on the peaceful side.

Had the pleasure of meeting this rock icon on the Gorillaz tour, such a big loss. RIP Lou Reed http://t.co/uWfTPix6SK